How to Recover Lost Music Files from Google Nexus 7/6/5/4?

Most Android users prefer to choose Google Nexus phone and tablet due to its high definition sound and wonderful touch screen, which gives the fact that most Nexus owners can store multiple folders full of multimedia files, including a batch of pretty music and songs for full enjoyment. However, losing such important music files can be the worst nightmare for every music fan. And what’s worse, you haven’t had time to backup these lost music files that are unique and valuable but unexpectedly deleted or erased from your Google Nexus phone or tablet.

Don’t worry. As long as the lost files are not overwritten with other files, you can still get them back with the help of the third-party program named Coolmuster Lab.Fone for Android. It helps rescue your lost music and songs, no matter they were lost due to corruption, deletion, Nexus formatting or any other unknown reasons. Not only music files, this Android data recovery software can also recover photos, videos, contacts and text messages from your Nexus 7/6/5/4, no matter they are in the external or internal memory card in the Nexus phone and tablet.

Go ahead to download the free trial version of the Nexus music recovery software for your machine. Mac and Windows versions are both available. Just follow the steps highlighted in the paragraph below.

Step 1. Run the recovery app and connect your Nexus

Firstly, you have to install the program after you download it. Then, launch it on your computer and you will be popped up with a window, asking you to connect your Google Nexus phone/tablet with the same computer via a USB cable.

Note: you may need to enable USB debugging on your Nexus 7. The method to do so is shown in the below: 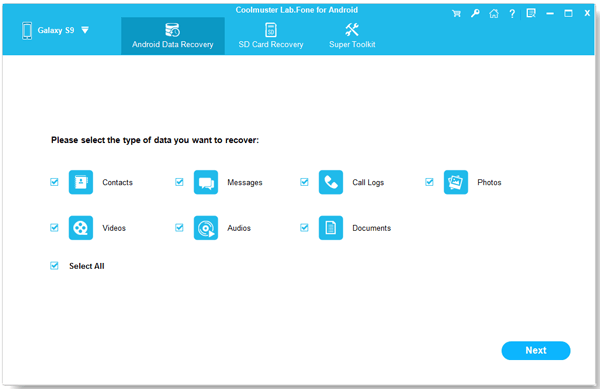 After the USB debugging, your data of Nexus will be scanned out by the music recovery software instantly. Just open the folders where contain your lost music files and preview them one by one carefully to pick up those you want. 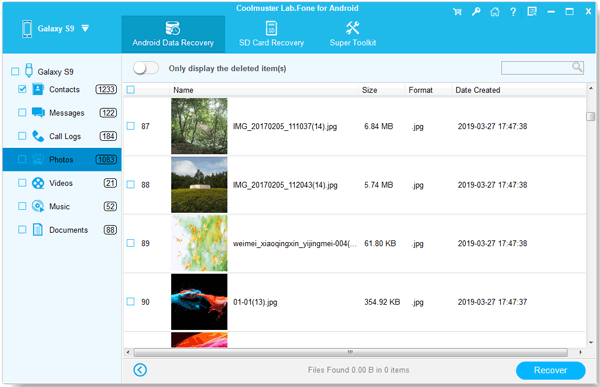 Tick those music files you want and then click the "Recover" button at the top of the menu. After that, the recovery process will begin at once. By the way, you can select an output location to save the recovered music on your own.

How to Transfer Contacts from Android to Computer

How to Recover Lost Data from Android Phone