Samsung Galaxy S9 vs iPhone X: Which is Better? 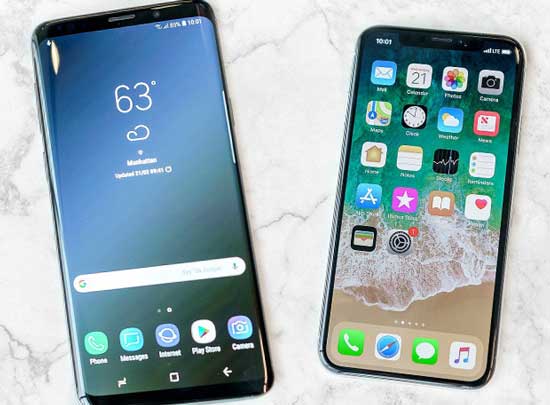 But it is not just about what's new, Samsung Galaxy S9 has been equipped with the highest specification of hardware. Now, let's look at the comparison between Samsung Galaxy S9 and iPhone X in hardware parameters as below. 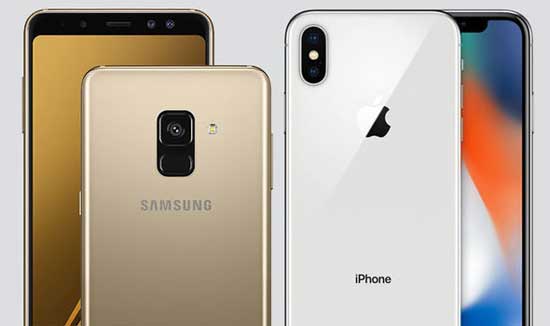 With the process of Apple A11 Bionic, iPhone X is such a monster and runs very quickly, however, Samsung Galaxy S9's is not bad as well. Samsung Galaxy S9 is equipped with the latest processor called Snapdragon 845. Samsung Snapdragon 845 has 8 cores (4 are 2.8 GHz and the other 4 are 1.7 GHz.) while Apple A11 has 6 cores (2 are 2.35 GHz high performance cores and 4 are slower efficiency cores.)

Samsung Galaxy S9 does not have the dual rear camera system like iPhone X (two 12MP cameras with 1x and 2x optical zoom lenses). If you want the dual rear camera, you can consider to buy Samsung Galaxy S9+, which is bigger with better performance. However, Samsung S9's 12MP rear camera has double aperture lens which can automatically switch between f/1.5 and f/2.4 according to the shooting conditions and also the multi-frame noise reduction technology can provide very good low light performance.

What's more, Samsung Galaxy S9 can shoot 4K videos like iPhone X and it supports 960fps super-slow-motion video mode which is quite amazing while iPhone X only supports 240fps. 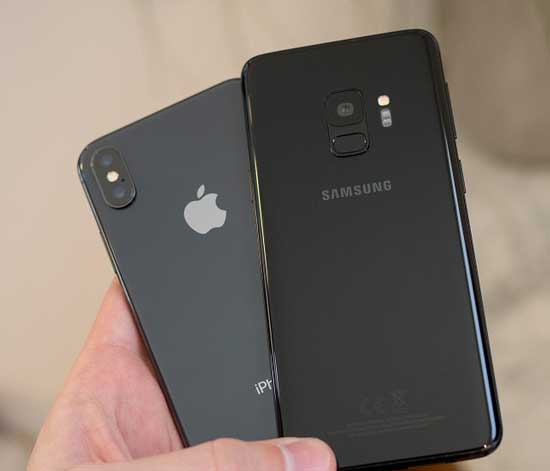 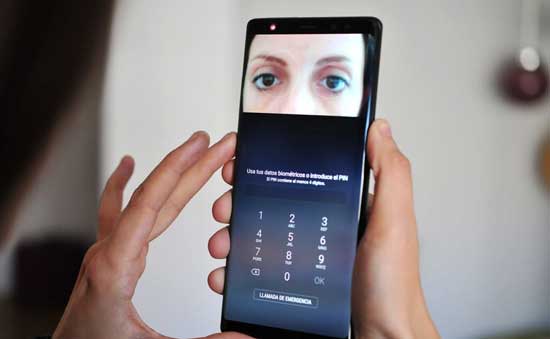 iPhone X requires many people to abandon Touch ID and completely rely on Face ID to improve the safety of device. However, tests indicate that facial recognition is not that reliable and also it is complex. For example, it should work at the darkness and also it can handle the change in dress, expression, hair and etc.

When iPhone X was announced, Apple has spent some time demonstrating a new feature called Animoji, which uses complex processor arrays to combine your facial movements with animal expressions. This looks stupid but interesting. Clearly, Samsung thinks it needs something similar, so Samsung Galaxy S9 has a new feature called AR Emoji. Even though S9's front camera doesn't have a 3D scan like Apple, it can still track your facial expressions to achieve dynamic expression. By the way, personally, the AR Emoji are much ugly than Apple's Animoji, and the general consensus is that they look a little creepy. 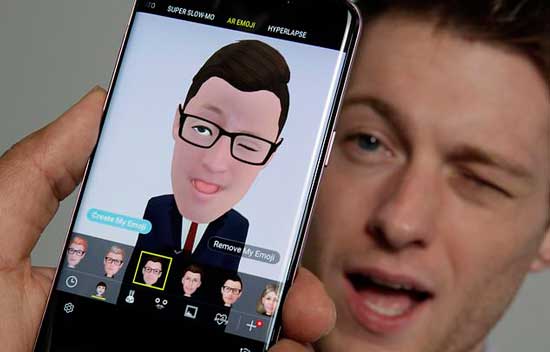 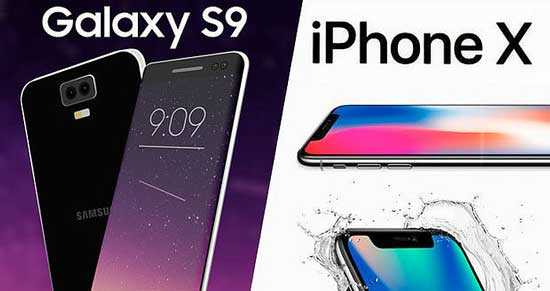 How to Backup Samsung Galaxy S9/S8/S7 on Computer?

How Can I Restore Lost Data from Samsung Galaxy?

How to Recover Deleted Contacts from Samsung Phone

How to Transfer Photos Between Samsung Phone and Computer?