How Do I Fix the Blue Screen of Death on My Android Phone? 5 Effective Ways for You

To rescue my Android phone, I looked up all relevant tech books, websites, and even asked kind-hearted online strangers for help. Finally, it took me two weeks to fix the Android phone to normal. 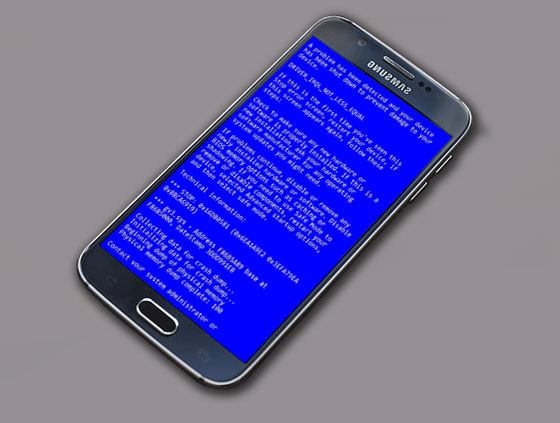 Way 1. How Do I Fix the Blue Screen of Death on My Android Phone with Android Blue Screen Repair

Android Blue Screen Repair is a professional Android repair tool to fix various Android system issues, including Android black screen of death, Google Play Store not working, Android won't turn on or off, Android stuck in a bootloop, Android system UI not working, etc. Just by following the on-screen instructions, everyone can easily fix all Android system errors in one click without any difficulty.

Wow, this phone blue screen rescuer for Android sounds great, does it work well on my device? Well, you do not need to worry about its compatibility, for it is widely compatible with all mainstream Android phones, like LG, Sony, HTC, Huawei, and Samsung Galaxy S20/S20+/S20 Ultra/Z Flip/Z Flip Thom Browne/S10+/S10/S10e/S/S9+/S9/S8+/S8, etc.

How to fix a blue screen on an Android tablet?

Notes: To avoid any data loss, you had better back up your Android device before you begin the following operations. If you are ready to fix the Android blue screen of death, follow the steps below.

- Install and launch Android Blue Screen Repair on your computer, and click Repair from the toolbox to enter the repair module. 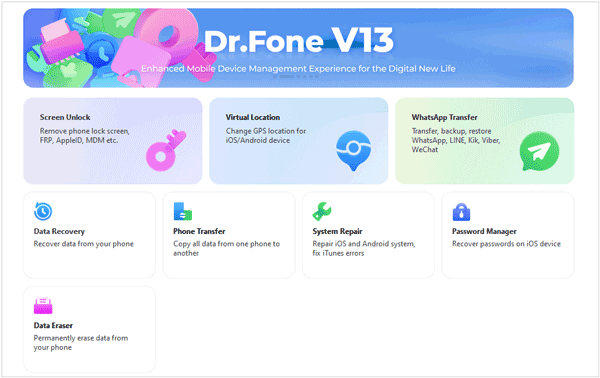 - Then connect your Android device to the computer and select Android Repair from the left sidebar. You will get a list of Android problems that the program can fix, read it and tap Start below. 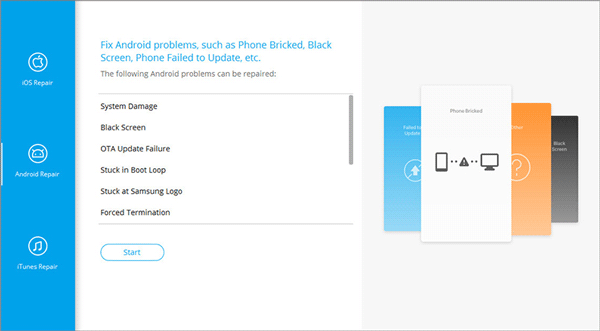 - After that, you are required to provide the Android device details to get a customized repair. Just select the correct information from the drop-down lists, read the warnings, click Next, type in 000000 in the blank and hit Confirm to confirm your operation. 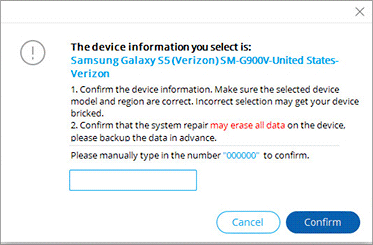 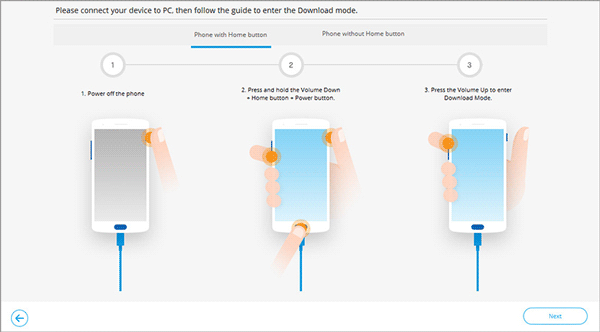 Way 2. How to Fix a Samsung Phone that Is Frozen on Blue Screen via Removing the Phone Battery

How to fix the blue screen of death on an Android device?

1. Remove the back cover of your Android device.

2. Carefully take out the phone battery from the slot. Then place the battery outside the phone for more than 5 minutes and long-press the Power button to drain out the residual charge from your phone.

3. Put the battery into the phone slot and cover the back cover. Then start your device and it will run smoothly. 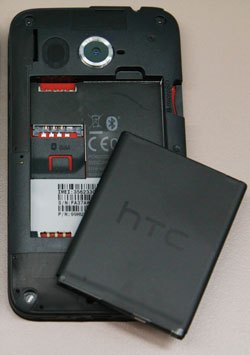 However, not all Android phone batteries are removable. If this method does not work for your device, you can use the Android Blue Screen Repair introduced above to fix the Android blue screen restart.

Check if you need: You can use this dead mobile flashing software to fix your Android phone without a hitch.

Way 3. How to Fix Blue Screen on Android Phone by Forcing Restart the Android Device

Another way to fix the Android blue screen no command problem is to force restart your Android device. And it works in most cases.

1. Press and hold the Volume down + Power buttons until the FastBoot mode prompt appears on the screen.

2. Release the Volume down button and continue holding the Power button to reset your phone to normal mode. 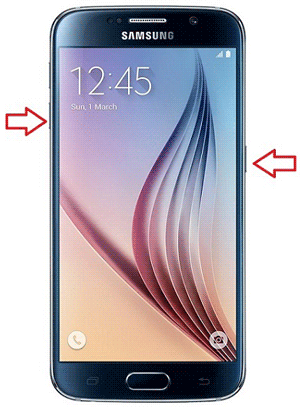 See more: When the touch screen doesn't respond, how do you unlock your Android device?

Way 4. How to Rescue the Android Blue Screen of Death through Removing the SIM/SD Card and Restarting

In rare cases, the SD card may give rise to Android blue screen of death. Thus, once your phone gets a blue screen, you can remove the SIM/SD card and restart your device to check whether this problem exists.

How do I fix the blue screen of death on my Android device?

1. For older Android OS versions: Remove the back cover of your phone, take out the SIM and SD cards from the slots, keep them away from the phone for several minutes and then re-insert to Android. After that, restart your Android phone.

2. For the latest Android OS versions: Pinup the SIM tray from the sidebar of your Android phone, remove the SD and SIM cards respectively, keep them away from the phone for some time and then place back to your phone. After that, restart your device. 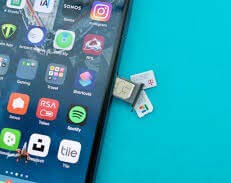 Way 5. How to Repair the Android Blue Screen via Factory Reset

Let's see how to repair the Android blue screen with a factory reset.

2. After entering into the recovery mode, use the Volume down button to select the wipe data/factory reset option and press the Power button to confirm your choice.

3. Once the factory reset is complete, use the Power button to select to reboot your device. Your Android device will then get rid of the blue screen of death. 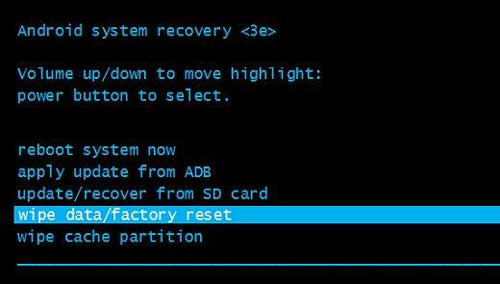 Bonus: How to Fix A Repeated Blue Screen of Death on Android After Fixing It?

After fixing the Android blue screen of death, if you still meet this problem, you can update the Android OS to the latest version to resolve this problem. And here is how:

1. Start your Android phone and go to Settings > About phone/Tablet.

2. Tap Software Update > Check for updates or any other similar options.

3. Click Update if there is an up-to-date version of Android OS. 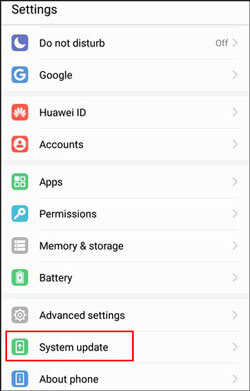 Words in the End

The Android blue screen of death easily worries everyone whenever it occurs. If you have encountered this and are anxious about "how do I fix the blue screen of death on my Android phone", you can use the above methods to rescue it by yourself. And, if you are searching for a way with a high success rate, I highly recommend you to try Android Blue Screen Repair, which is completely safe, easy to use for everyone and professional in Android system repair. You can have a try.

Well, if you encounter any problem during use, or if you have better suggestions to solve the blue screen on Android phone, feel free to leave a comment below.

How to Fix Samsung Black Screen in Minutes?

[Solved] How to Recover Android Data with Black Screen?

How to Recover Contacts from Android Phone with Black Screen

How to Recover SMS on Android with Black Screen [Solved]

How to Fix Samsung Stuck in Recovery Mode? 2 Ways for You